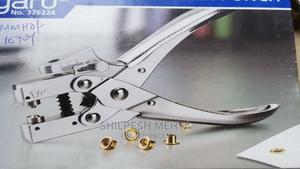 KSh 2,900
Brand New Hand Held Eyelet machine. Which has no Interchangeable dye.Pls do kindly check all the pictures before you call me.As size of eyelets mentioned. Only one size and one type off eyelets can be fixed. As shown in pictu...
Condition: Brand New
Nairobi, Parklands/Highridge, 2 hours – Hand Tools
Diamond 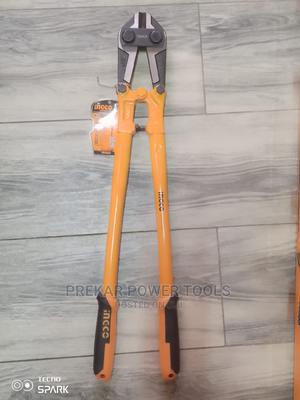 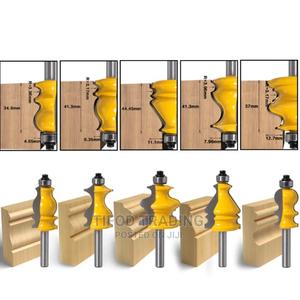 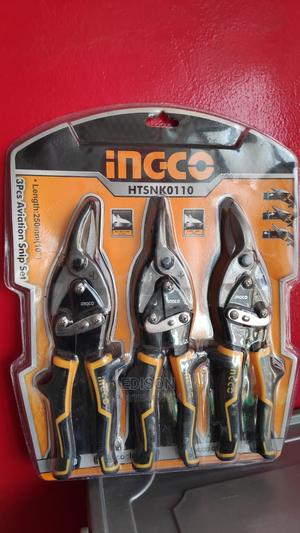 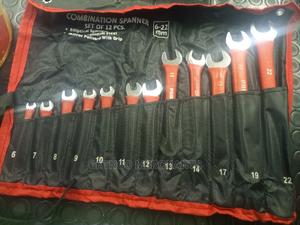 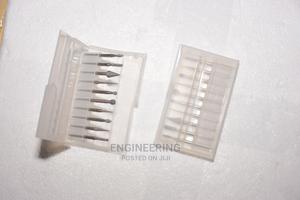 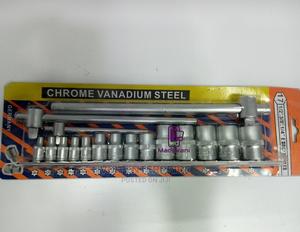 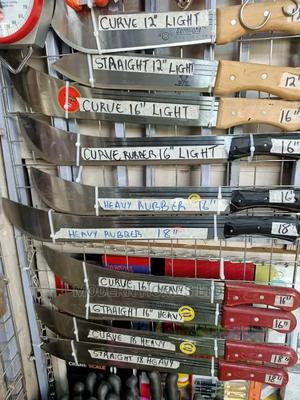 KSh 699
The panga machete is a well long inch blade made for the household chores or outdoor purposes. it can be used around the garden bed, cut down long weeds, remove over hanging branches or additional accessory taken on bush walk...
Condition: Brand New
Nairobi, Nairobi Central, 2 hours – Hand Tools 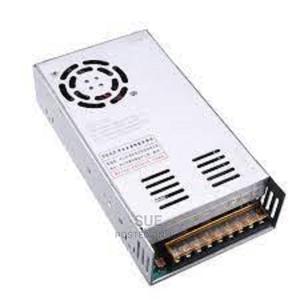 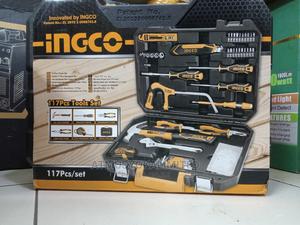 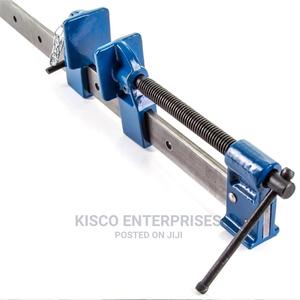 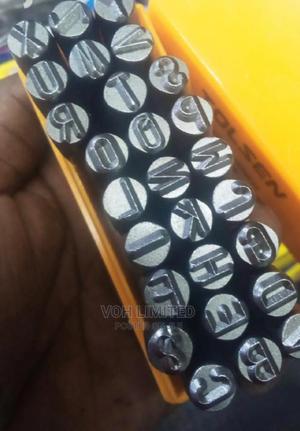 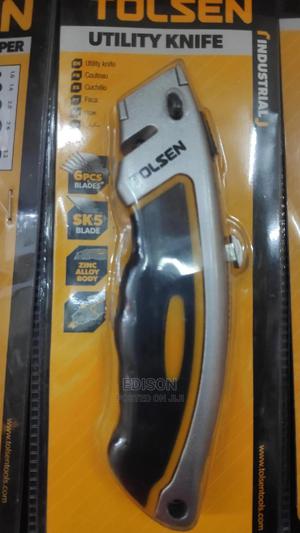 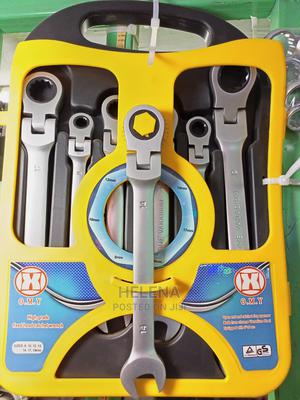 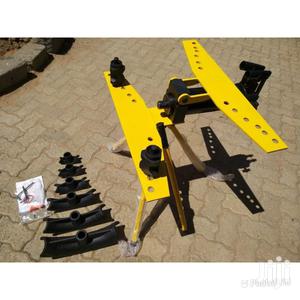 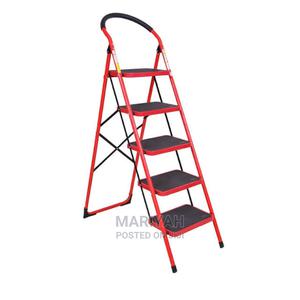 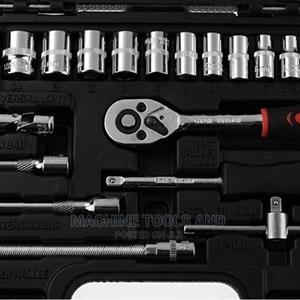 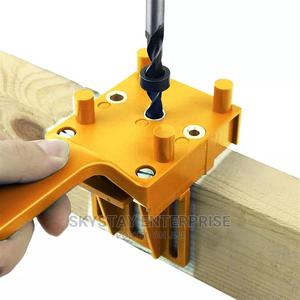 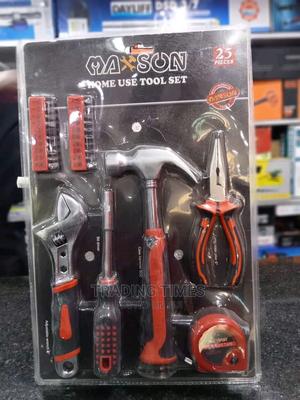 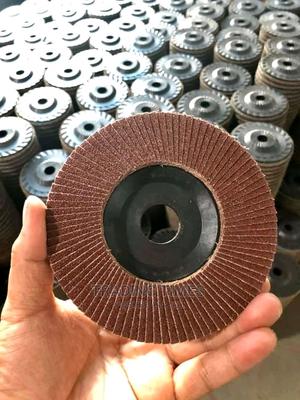 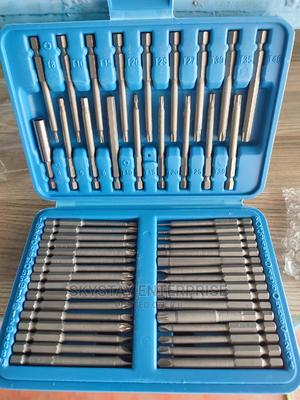 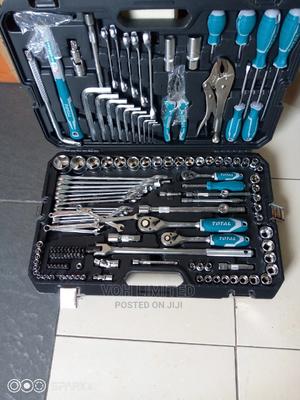 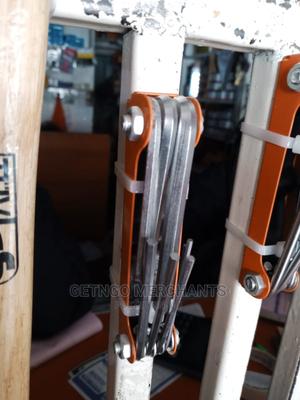 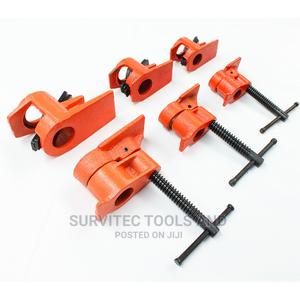 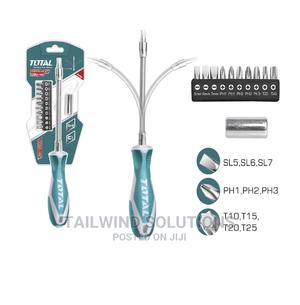 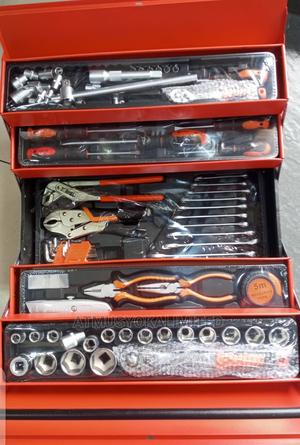 The technique of labelling, in its original literal definition, is assumed to have originated with the ancient Egyptians, who were known to participate in livestock labelling as early as 2,700 BCE. Labelling was used to distinguish one person's cattle from another's by burning a distinctive mark into the skin of the animal with a hot labelling iron.

Labelling has a long history. It most likely evolved from the practice of labelling livestock to deter theft. Images of cow labelling can be found in ancient Egyptian tombs dating back to roughly 2,700 BCE. Over time, buyers learned that the label supplied information about provenance as well as ownership. so, that it might be used as a quality reference.

Farmers, potters, and dealers modified labelling for use on other sorts of goods such as pottery and ceramics. It originated spontaneously and independently at various eras throughout Africa, Asia, and Europe, depending on local conditions.

Seals that functioned as quasi-labels have been discovered on early Chinese objects from the Qin Dynasty (221-206 BCE); a great number of seals exist from the period.

Toyota Motor Corporation is a Japanese multinational automaker headquartered in Toyota City, Aichi, Japan. Kiichiro Toyoda started it and incorporated it on August 28, 1937. Toyota is one of the world's major automakers, producing over 10 million automobiles every year.

This is an Italian luxury fashion house headquartered in Florence, Italy. Handbags, ready-to-wear, footwear and accessories, makeup, fragrances, and home décor are among its product categories.

This is a Chinese multinational technology business based in Shenzhen, Guangdong. It creates, manufactures, and sells telecommunications equipment, consumer electronics, and a variety of smart gadgets.

This is popularly known as the Mitsubishi Keiretsu is a conglomerate of autonomous Japanese multinational corporations. They operate in a wide range of industries.

This is a Japanese public multinational conglomerate manufacturer of vehicles, motorcycles. Same with power equipment based in Minato, Tokyo, Japan.

Sometimes known as Louis Vuitton, is a French luxury fashion label and firm founded by Louis Vuitton in 1854. The LV monogram appears on the majority of the label's products, including luxury bags. Similarly, leather goods, ready-to-wear, shoes, watches, jewellery, accessories, sunglasses, and books.

Louis Vuitton is one of the world's most prestigious fashion houses. It offers its products through standalone boutiques, lease departments in high-end department stores. Same with its website's e-commerce component.

Advantages of buying for popular brands

1. Companies with strong labels can use their equity to develop new products or services in both vertical and horizontal expansions. Customers' emotional and functional attachment to one product might be utilized to generate demand for new ones.

2. strong label reduces the danger of commoditization by creating an emotional response to a product or service. Hence, allowing for more pricing power.

4. They have a well-deserved reputation for high-quality building processes and parts. Products are consistently graded very high in terms of quality by a slew of other independent consumer groups.

Where to get popular brands in Kenya

Are you looking for products from popular brands in Kenya? Head online to Jiji and you will find all the best products made by the top and best brands globally.

💎 Which Hand Tools belong to the premium segment?

💰 Which Hand Tools are the cheapest?